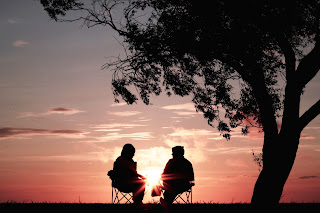 In a program first broadcast on April 12, 2018, Krista Tippett interviewed Michael Longley, a poet from Northern Ireland.  Although recorded live in 2016—in Belfast—the program was not aired until two years later to coincide with the 20th anniversary of the Good Friday Agreement which had brought to an end the worst of the sectarian violence that had plagued that land for so many years.

The “Troubles” were the backdrop for much of Longley’s poetry, as they were for other Irish poets of the time, among them Nobel Laureate Seamus Heaney, but they were rarely the subject of his poetry, at least not directly.  No, the subject of his poetry was—in Tippett’s memorable phrase—“the vitality of ordinary things precisely in the face of what is hard and broken in life and society.”

Longley’s celebration of the “vitality of ordinary things” was (and is) his way of celebrating what is most human about us.  Those things that we are tempted to call the “little things” of “ordinary” life, things we do every day generally without much thought or appreciation.  Tasting a perfectly ripe strawberry, hearing the sound of a loved one’s voice, enjoying the beauty of a wild flower.  Little things to be sure, and easy to overlook, yet precisely those things in which our humanity persists even in the face of all that threatens in the world around us.

Which is why a “civil conversation” can itself be so valuable.  No, it is not a great achievement, nothing worthy of a trumpet fanfare or a Nobel prize.  Yet the simple act of two (or more) human beings sharing a moment, taking the time to connect, creating a community out of words, goes to the very heart of our humanity, the very heart of who we are.  Such an ordinary thing, such a great blessing.
Posted by Interfaith Philadelphia at 11:29 AM