I am a Mennonite Pastor. Every time I say this I expect to receive lots of questions like: "Mennonites let women be pastors?", "What’s the difference between Mennonites and the Amish?", or "I never would have known you were a Mennonite, where’s your bonnet?" Sometimes I do get these questions. Sometimes I receive inquisitive looks. But these things only happen when I choose to identify myself. The rest of the time, I present as any other white, Christian woman and I receive all of the privileges that accompany that identity.

Growing up, I learned that Mennonites were outsiders in society. In Mennonite school, we took church history classes where we learned how Mennonites and other Anabaptists were brutally tortured and executed for defying the state religion during the Reformation and that they were persecuted as a religious minority by both Protestants and Catholics. We were also taught about the struggles Mennonite men faced in the United States when they refused to register for the draft because of their pacifist convictions. Our teachers warned us that we should write and date letters about our pacifist convictions now so our motives wouldn’t be questions if there was a draft in the future. In all of this, we internalized the belief that we were a persecuted people, not people of privilege. 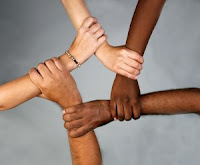 But the truth is that in U.S. society, white Mennonites (no, we’re not all white) are privileged. We identify as Christians in a majority Christian nation, and most of us do not wear plain clothes anymore, so we fit right in with the rest of society. We only stand out if people discover we are pacifists or that we do not believe in saluting the flag or reciting the pledge of allegiance; not things that are visible to the general observer. In nearly every other way, we are privileged people—but we are privileged people who know what it means to be targets of political and religious violence.

As people with this complicated history, and as some of the first people to speak out in support of the separation of church and state, it seems only fitting that we should be on the front lines of interfaith advocacy work. That is why I applied to work with Interfaith Philadelphia instead of doing a traditional congregational placement for the supervised ministry requirement of my Master of Divinity program. It was my hope that by spending time intentionally engaging in interfaith work, I would gain the skills necessary to promote interfaith relationships and solidarity within my own faith community and beyond. 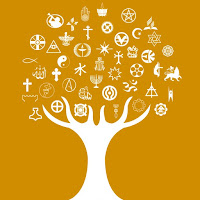 During my time at Interfaith Philadelphia, I have facilitated civil conversations and led visits at Catholic, Muslim, Hare Krishna, Won Buddhist, Ethical Humanist, Episcopal, Jewish, and Baha’i communities. Each conversation and each visit has reinforced for me the importance of learning to understand the religious diversity that is all around us. We will not be able to create an inclusive society for all people until we learn to understand and appreciate the differences among us instead of fearing them. At its heart, that is what interfaith work is all about.

As I finish up my time with Interfaith Philadelphia, I know my work building interfaith relationships has only just begun. I do not yet know what kinds of future interfaith work I will be involved in, but I know the work will not be done until we achieve a world where all people are free from religious discrimination and persecution. It’s a long road, but it’s a road worth walking...especially when we walk it together.
Posted by Arisha Syed at 9:46 AM