Of Music and Protest | by Harold Messinger

The Interfaith Music Project of Philadelphia (IMPP) is an answer to a question posed nearly three years ago:  The question, asked by James Pollard Jr, ( bassist and musician extraordinaire at Zion Baptist Church in Ardmore) and myself, Harold Messinger, (Cantor at Beth Am Israel in Penn Valley) was simple: How can we best respond to the hate-filled rhetoric coming from the White House, but do so in a way that brings people together rather than further dividing them. 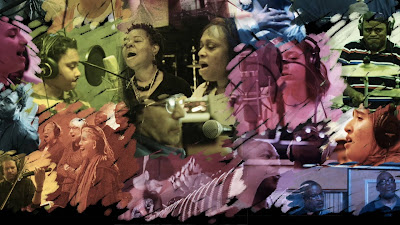 It started with one song, "We Rise", written by Batya Levine, after she witnessed the protest at Standing Rock. Her song inspired James and me to record our own version of her song and create a video with our partner Sam Zolten, taking images from the historic Women's Marches and subsequent protests.  James and I have collaborated for many years and in 2010 had completed a project called, "These Songs of Freedom", songs of the Jewish Passover tradition alongside new and Traditional Gospel Music. For IMPP, we wanted to expand beyond our two Houses of Worship, and so, with the help of Abby Stamelman Hocky of Interfaith Philadelphia, we connected with Muslim, Mormon and Christian singers who were interested in our work. Recording commenced and in 2018, we released our second project, "Of Love and Protest". 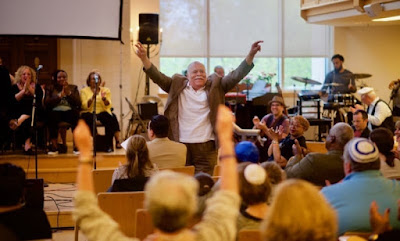 Our group continues to morph, expand, contract and grow. We are excited to feature young women as our principal singers and spiritual leaders, as they are an inspiration and a source of hope for a better future. Hearing and seeing people of different faith come together in song is powerful in and of itself. We are grateful to God for providing the opportunity to make space for these connections to flourish and grow, and look forward to performing on Nov 2nd at the Sisterhood Saalam  Shalom Jewish Muslim Women's Conference and later this year at Mount Saint Josepsh Academy. Our Music can be heard on Spotify: https://open.spotify.com/artist/6qVowZElnCpzghgjJwNRze?si=7KruUhCrSeKYLRkXC34fMA
Posted by Dillon VanderWoude at 11:03 AM